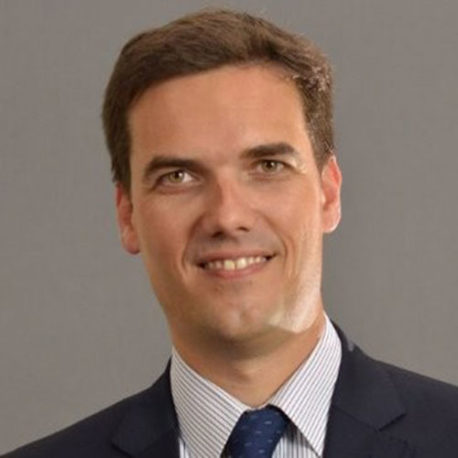 Olivier FLOUS is the Vice President of the Digital Transformation & Digital Factory for the Thales Group since June 1st, 2017.

Between mid 2013 to mid 2017 he was Vice President of Engineering for the Thales Group. He was in charge of engineering processes, tools, skills development and competitiveness, overlooking a population of more than 20,000 engineers worldwide.

He also coordinated the digital transformation of Thales internal operations since early 2016. Between 1997 and 2005, he has occupied various positions from Software Team leader to System Engineering Manager in Electronic Warfare Systems for Combat Aircrafts, as well as Naval Combat Management Systems.

He then joined the Transport business where he has managed large Engineering Departments, before being appointed in 2008 Technical Director for both Transport and Security Systems.

Meanwhile he has been the Design Authority for very complex systems such as the Mexico City integrated security system for which he received the “Engineer of the year award” by French press in 2014. He holds a Master of Science in Engineering and postgraduates in telecommunications and signal processing.